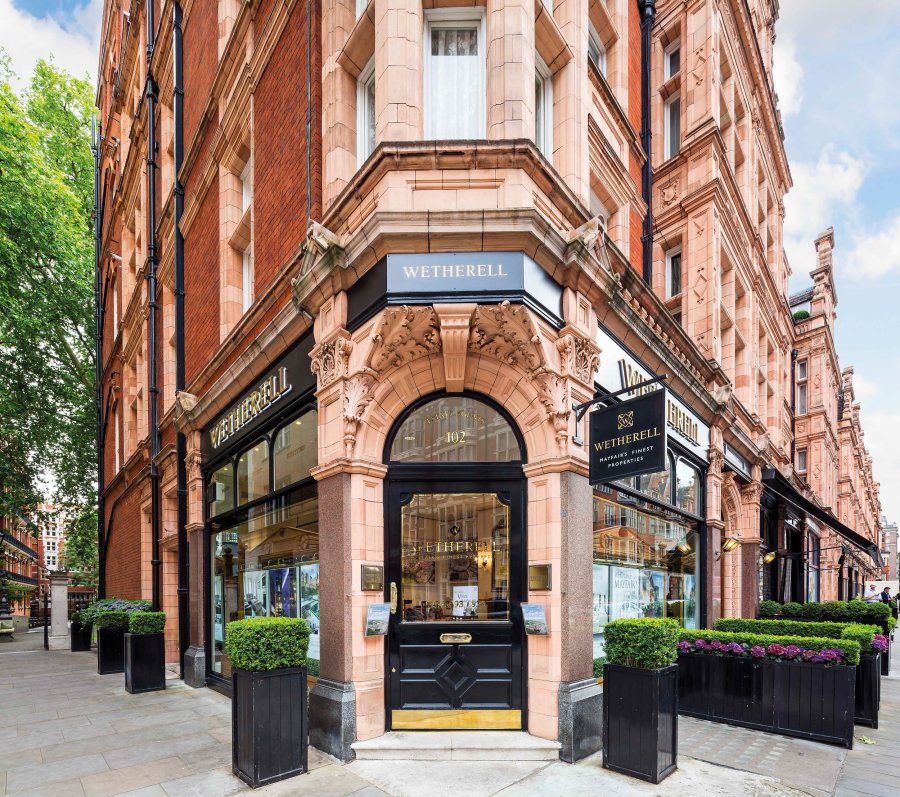 In their latest market report, Mayfair specialists Wetherell forecast a post-lockdown 1920’s style boom in the prestigious postcode’s economy and property market. Founder and Chairman Peter Wetherell comments that property data from LonRes, analysed for Wetherell, for 2020 shows that residential values are climbing faster in Mayfair than the rest of Prime Central London, and that this trend is likely to accelerate in the post-lockdown world where buyers will seek to embrace luxurious ‘somethings’ that provide indulgent pleasure or comfort.

The Wetherell report also highlights the similarities between the situation at present and that of the early 1920s, when “historic drama and sweeping change” caused by the First World War and the Spanish Flu epidemic created a new, dynamic Mayfair in a time of cultural buoyancy and economic reconstruction.

This year will also see more opportunities for the market as a whole as the economy recovers from the effects of the Covid-19 lockdowns and international travel resumes, bringing wealthy overseas buyers with it. The effects of this revitalisation will be felt particularly strongly in Mayfair, which has been a favourite residence of wealthy foreign buyers in recent decades, and where there are nearly 20% more properties available than there were in 2020. As a result, Wetherell predicts a potential 50% increase in the number of Mayfair sales in 2021 as buyers return to a wider choice of stock, the favourable £psf of new developments and the area’s unique appeal for wealthy individuals looking to enjoy a stylish London lifestyle as culture and hospitality returns.

The lettings market in Mayfair is also exhibiting impressive figures. The area is London’s prime hotspot for ‘best of the best’ ultra-prime lettings and urban pièds-à-terre, with record rental figures each week so far in 2021 and 77% of Mayfair lettings being one- or two-bedroom apartments. Accordingly the average letting price per week in 2020 was £752 for a one-bedroom in Mayfair compared to £538 for the rest of PCL and £1,249 for a two-bedroom compared to £811 in the rest of PCL. The standard of quality in Mayfair is exceptional and the apartments that wealthy buyers snap up are often brand new or comprehensively redeveloped, and so Wetherell has frequently been employed to assist with the lettings and management services. Major recent deals include the brand-new ‘glass houses’ at Down Street Mews, which have now been let for £9,000 pw.

Wetherell also highlights Mayfair’s historical relationship with pandemics. The area became attractive as a residence for wealthy Londoners after the Great Plague of 1665, which led an exodus from the ancient Roman City as prominent families sought healthier and greener grounds to live in to the west. The effects of the Spanish Flu led to the demolition or conversion of the old great houses of Mayfair aristocrats and plutocrats - creating the conditions for the market of stylish apartments that now characterises the district and attracts wealthy buyers from around the world.

Wetherell predicts that this latest pandemic will not lead to a ‘new normal’ but instead will accelerate existing trends. Already the ‘New Mayfair’ of the 21st century had seen a building boom around the district and increased the housing stock by 10%, and trends in favour of working from home will accelerate the move from opulent offices to luxuriously redeveloped residential properties.

There are currently several new ‘7 Star’ residential developments in Mayfair and the surrounding districts that have recorded sales between £5,000 and £10,000 psf, including The Bryanston Hyde Park, a collection of 54 residences enjoying spectacular views over the 350 acres of Hyde Park. Designed by world-renowned architect Rafael Viñoly, the building’s curvature and large panoramic windows are specially designed to maximise the residents’ views of the park from above.

In addition there are five new hotels being developed in Mayfair, including the new Cheval Blanc hotel run by LVMH on Grafton Street. Plans have been unveiled for 83 rooms in what would be the most expensive hotel ever built in London, at a cost of £500 million. The Old American Embassy at Grosvenor Square is being converted by Hong-Kong based Rosewood Hotels, and will include 137 guest rooms, five restaurants, and a 1,000 person ballroom.

Mayfair is also at the centre of, and set to benefit from, major infrastructure and public realm projects in the coming years. The Grade II-listed Grosvenor Square, for example, is being redeveloped into four interlocking gardens based on the original oval shape when the square was laid out nearly 300 years ago. The overall scheme will double the number of trees in the square and enlarge the garden areas by 32,000 sq.ft. to create a ‘green oasis’ that will please residents and have environmental benefits. The Elizabeth Line, the most ambitious infrastructure project in Europe, is due to open in 2022 and will offer even faster access to Mayfair at Bond Street station.

Peter Wetherell, Founder & Chairman of Wetherell, comments: “Whilst we will not return to the same as before Covid, Mayfair has shown its resilience and its remarkable ability to change, to adapt and weather the storms of the past 300 years. I am certain that there will be a huge bounce in the coming months and years, just as there was in the 1920s as recovery from wartime devastation created a boom in construction and consumer goods. Prime Central London will drive the recovery across the whole of the UK and as the figures from recent months show Mayfair will be leading the way. We now appreciate what we have missed and possibly had previously taken for granted and our future Mayfair will be, maybe, a different Mayfair but it is up to all to make it a better Mayfair.”

For further information on the ‘Mayfair in Minutes: 2021 Residential Market Report’ by Wetherell, please contact Wetherell on 020 7529 5588.